While creating a wallet in the DefiChain app, you normally create a mnemonic phrase, consisting of 24 words. You are well advised to keep the phrase at a safe place. The wallet creates a seed and private and public keys from the phrase, as well as addresses to receive DFI (this is technically very simplified here). Usually, it seems to be the expectation of users that in case of a failure (wallet deleted, corrupted, …) it is enough to use the phrase while creating a fresh wallet and all keys and addresses are restored since they are determined from the phrase. And usually this works fine.

The DeFiChain Wiki contains an article about Wallet encryption using the console of the app. The article contains a notice that using the encryption function will change the seed. In consequence the phrase created at the beginning is useless since it can only re-create the status before the encryption was turned on. This seems to be an explanation for the reported issue that after restoring the wallet with the mnemonic phrase users are missing the addresses, which are created after the encryption of the Wallet. When checking with getaddressinfo <address> it shows ismine:false. Fair enough since this address was not created by the seed derived from the phrase but from the seed created during encryption.

If you want to save the wallet.dat manually, it is located at:
• Linux: ~/.defi/wallets
• Mac: ~/Library/Application Support/DeFi/wallets
• Windows: <root>\Users\<username>\AppData\Roaming\DeFi Blockchain\wallets


Since version 2.1.16 the DeFiChain app has the possibility to create backups of the wallet.dat from the GUI. In former version the app created an unecrypted .txt file as backup.

Unfortunately there is no solution to recover addresses from an encrypted wallet.dat without the actual file (backup). This was also probably never intended in Bitcoin Core.

How to backup the wallet in the app 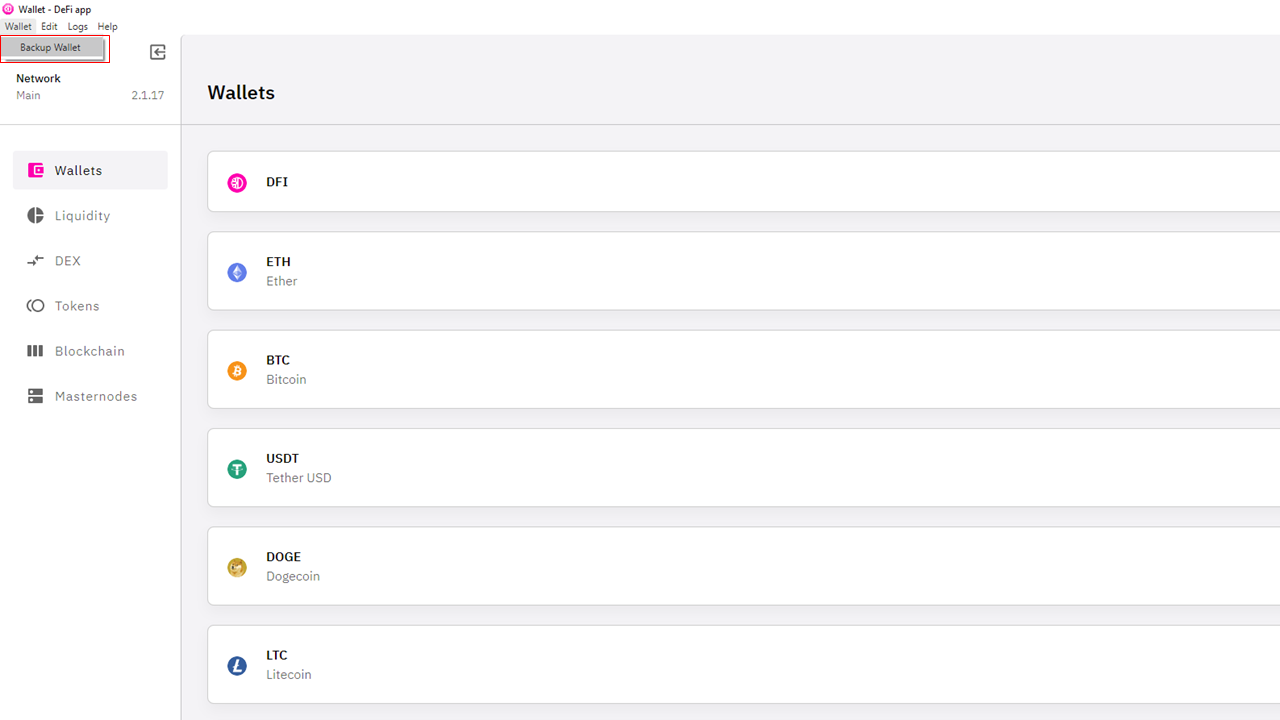